Last night we had a sneak peek fundraiser for the Circus of Illumination (CoiL) project. It was at a burner-friendly house in the Table Mesa area of Boulder. Jasmine had the (quite large) custom-designed 2-tier rotating stage she has been building set up in the back yard. We put up some decorations and set up stations for a bake sale, a silent auction, grilled food, Jasmine's homemade kombucha, and a keg.

It was a little rough getting things set up for music, and the guy who said he would do sound didn't show up until moments before we wanted to start. But we eventually got his large sound board hooked up and ran a dozen or so input lines to it to get two large main speakers and one monitor speaker working. Lewis and Lynn came promptly on time, which was not "circus time" so they got to a watch a lot of frantic last-minute setup stuff happening. We played one abbreviated set around 7pm or so. Our version of the classic "Entry of the Gladiators" circus music came off pretty well. My lead vocal debut "The Ubiquitous Mr. Lovegrove" I think sounded pretty terrible in the first set but better when we played the set again later. I've been working on it and I got some tips from one of the band members who teaches voice professionally and I hope to make big strides between now and Apogaea.

After the first set, there were a bunch of performances by jugglers, acrobats, fire spinners, and a belly dancer. The partner acrobalance stuff was really impressive. There was about as good of a crowd as you could expect including a whole slough of children.

It was threatening to rain and we had a ton of sound electronics and instruments exposed, so we hastily set up a large 10x15 tent and managed to get everything under it. It spat a few drops occasionally throughout the night but never actually rained. DJ Milk from the Denver burner scene was there and spinning all night, as well.

It was a super fun evening. I ate lots of brats, chips, and baked goods. I couldn't get to sleep when I got home. I think I slept from about 11pm to 3am kind of. Then I got up and surfed the web for a while, and then for the next several hours I drifted in and out of lucid dreaming. I had some really vivid and weird dreams and the fact that I was exhausted but couldn't really fall to sleep makes me suspect that I had consumed some kind of hallucinogen. Not sure. I had this dream of riding in a hot air balloon over and over again that would change the scenery rapidly from a very cartoon-like care bears kind of look to a menacing evil realistic look very rapidly. There were a bunch of other really weird scenes, too. The thing that made me think I was on something was how rapid and intense the mood changes in the dream were and how I was struggling to slow the pace down and try to steer it away from the frightening ones. Anyway, it was really, really weird.

So then I was pretty wide awake and feeling really strange around 5am. I think I did sleep more normally from 6am to 9am. I'm thankful for my blackout shades that kept the room dark hours after my natural wake-up time.

Today I was planning to ride the new mountain bike, but the forecast is for rain. Maybe I'll just try to quickly ride Davidson Mesa right here in the neighborhood before the weather arrives. 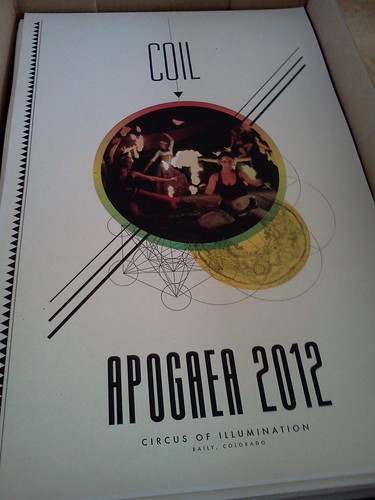