I flew out to San Francisco today. It's mostly a business trip for the Node Summit conference, but I have a few days before and after for fun. San Francisco is one of my favorite cities to visit, partly because I have some friends and family here. I have finally figured out the RTD situation in Louisville and have a good airport thing happening. I can park at the park-n-ride in Louisville for $1 per day and take the bus express to DIA for $13 one way. When you factor in the time saved parking, it's actually faster. The only glitch can be the schedule for the return trip, which is only one per hour, can be crowded (important to get on at the west terminal or risk your seat), and they don't run late hours.

I ran across John DeGoes on the plane out here but he was trapped in headphone land. Lots of passengers were fixated on the NFL playoff game they were showing for free as an apology for the 2-hour delayed takeoff. It's rainy here which is a bummer but still pretty mild temperature. I took BART to my Airbnb room, which is quite nice. The owner is also a programmer who has done a bunch of node.js programming.

After finding my room and briefly settling in I headed out on the MUNI to Ed's neighborhood Cole Valley. We had delicious sushi at Hama Ko. There is no sign on it and it is literally a ma and pa shop, but the food is great. Ed eats here a lot. We discussed the fact that just a few years ago both of us were extremely picky eaters, and now I ordered the "sushi combination" selected by the chef without batting an eye and loved it. Yet another thing that gets better with age. 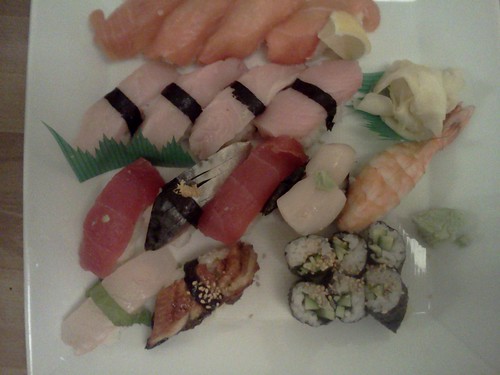 After our sushi feast we went to the new ice cream bar around the corner for classic american soda shop feel and ice cream. I then enjoyed another MUNI ride back and walk around my neighborhood. My host Vishal has just given me some recommendations. I've also managed to set up several social outings via OK Cupid while I'm here, the first of which is tomorrow afternoon, so more news to come from those. 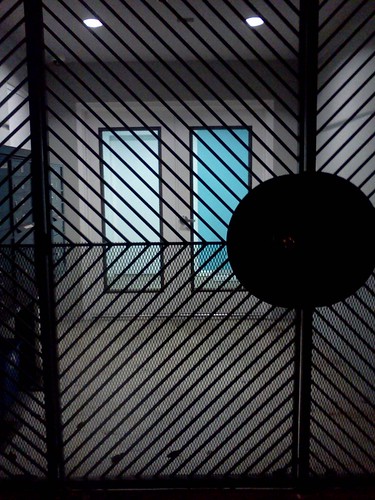 All photos from this trip are here