So I've flown out to Cluj-Napoca, Romania once again for work. It's been almost three years since the first trip, which was incidentally also the start of this blog. The journey out was a long one. Denver to Chicago with a "stop", which was an entirely different flight on a different plane at a different gate, so why they had indications that it was a single flight is beyond me, and then from Chicago on the big old 747 out to Frankfurt, and the from there to Cluj. The trans-atlantic part was actually not bad. I brought a good pillow and with the help of a sleeping pill was able to doze most of the time. Once in Frankfurt, I had an eight-hour layover (my longest ever) waiting for the only flight of the day to Cluj. No free wifi but I was able to find power outlets, and I had remembered my adapter and also thought ahead to save a bunch of documents from the wiki to my laptop so I could work on them offline and on the plane. It was annoying to have to convert dollars to euros for just two snacks though. I relied heavily on my stash of trusty Clif bars. Several employees at both the immigration desk and ticket counter commented pleasantly on my "pancakes" T-shirt. Even with the long layover, I made it to Cluj and to the same hotel as last time without much hassle. One funny thing about the landing in Cluj is we all got off the plane into a big double bus waiting for us, but there was a long delay, maybe twenty minutes, before the bus moved even after all the passengers were aboard. Then the bus drove us about 60 yards to the main terminal. It was silly. And of course there were no other flights coming in to the airport at that time, so I'm not sure why the bus was required. Another cool thing was that the taxi drivers get into and out of the airport using a fingerprint scanner.

The HP Cluj office has grown! Last time they had probably around 15 total employees. Now it's up to 98! They've taken over two other sizable sections of their office building. We've had a fairly full and productive week of training sessions and lab exercises. It's a shame I'm spending about 4 calendar days traveling only to be here for 5 days. Plus the jet lag has been somewhat bad. I have gone for an early morning jog since I'm awake in the wee hours of the morning anyway three times so far and enjoyed exploring the neighborhoods a bit. I found a park called Parcul Mare that has a bunch of outdoor exercise equipment anyone can use, so I've been doing that. 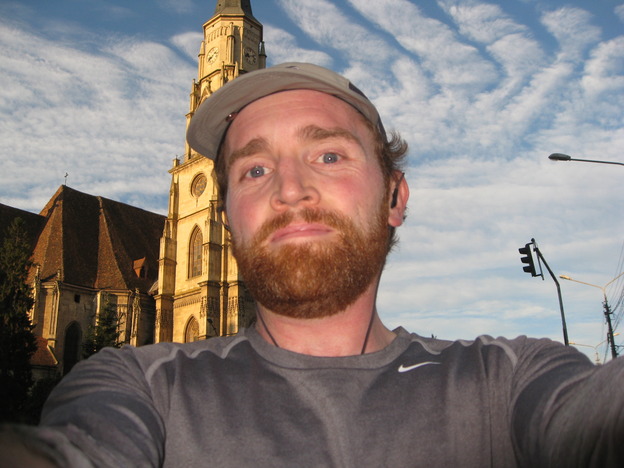 We've got our first and only social outgoing scheduled for tomorrow afternoon, so I'll be posting about that sometime soon. Photos from the Romania trip are here.