Last Friday night I went to the Ogden Theatre in Denver for an Imogen Heap show with Erica, a new friend. Imogen was singing in full force and it was a really great show with a nice long set list. Her band sounded really good as well, particularly the drummer. She did an improvised song for a local charity, and audience-participation renditions of Just For Now and Hide and Seek. We got soaked in thick rain going back to the car, but it was overall really fun.

I went straight from the show to Bill and Leslie's house. I showed up at 1am, rested a few hours, and then we left for the airport at 3:30am. We just had a lovely week on Hilton Head Island, South Carolina for our family reunion. This is our third year in a row. It's lots of golf and tennis plus some swimming both in the ocean and in the pool and a bit of bicycling as well. There was lots of good food this year, which is featured prominently in the photos. It was a very fun age for Will. He can't really say much of anything yet but he is happy and fun. He knows High Five and is good at walking around, carrying tennis raquets, and hiding in cabinets. 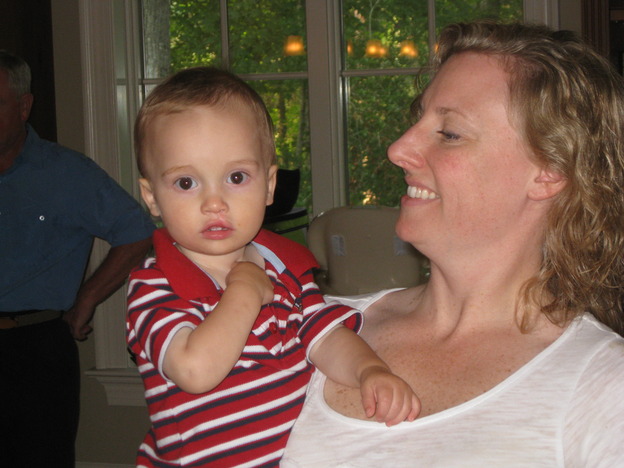 My sleep patterns were pretty disrupted so I spent two dawns out on the beach watching heat lightning and sunrise. The weather overall was pretty oppressively hot. We got a bit of a break this afternoon with some clouds and a cool breeze, but most of the week it was low to mid nineties, sunny, and humid. Of course we watched a lot of World Cup matches as well, all slunked in along a big wrap around couch and alternating not paying attention, with most people browsing the web on their laptops, with intense vocalization at the interesting parts of the match. 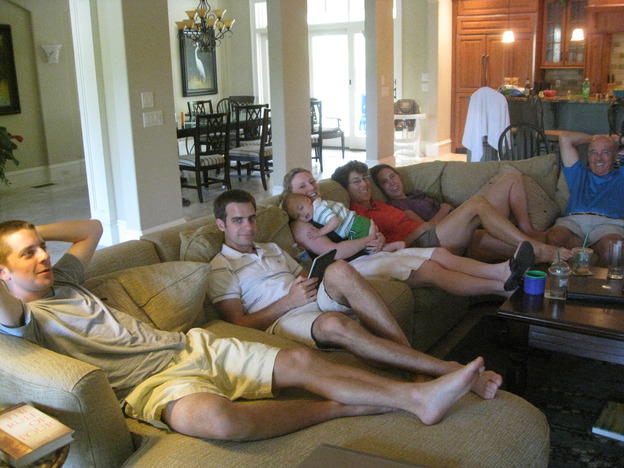 Photos from the trip are here.

I also bought a bunch of new toys! I got a set of my own climbing gear (a rope and some quickdraws) finally. I had been watching prices and got the REI outlt deal of the day - a 60 meter rope for less than $90 (normally they are in the $225 ballpark). Then, after about 12 years of using Linux on PCs as my primary operating system, I bought a MacBook Pro. However, this is mostly triggered by the fact that the EigenD software that accompanies the (hopefully) awesome Eigenharp Tau only runs on Mac OS X. So now shipping to me is an Eigenharp, an electronic instrument designed for live performance, which I have been lusting over for many months since they were first announced, and a tricked out MacBook Pro loaded with RAM and a 256 GB solid state disk drive. I'm hoping the conversion to Mac will be mostly smooth, and I think it probably will, but I'll miss the awesomeness of the Debian package format and associated tools infrastructure and a bunch of other things. I'll probably write a post about that on My Professional Blog in a few weeks.