It's been a good week. Went to a fun CHAOS pot luck on Thursday and really enjoyed the long weekend. I went to the Avery Brewery on Friday with Josh and Elise and heard some good bluegrass by The Longest Day of the Year. Afterward I went and worked out at BRC, which is open to 11pm on Fridays, which rocks. I rested about twelve hours before climbing again on Saturday at The Spot. On Sunday, Michale treated me to delicious breakfast at Watercourse, which I devoured. I also brought home a sweet potato cinnamon roll for later. Michale and I had a blast playing Guitar Hero World Tour for hours on end both Saturday and Sunday night. So much fun 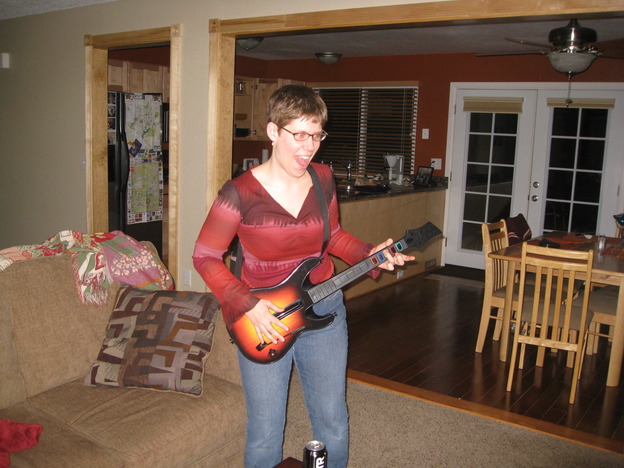