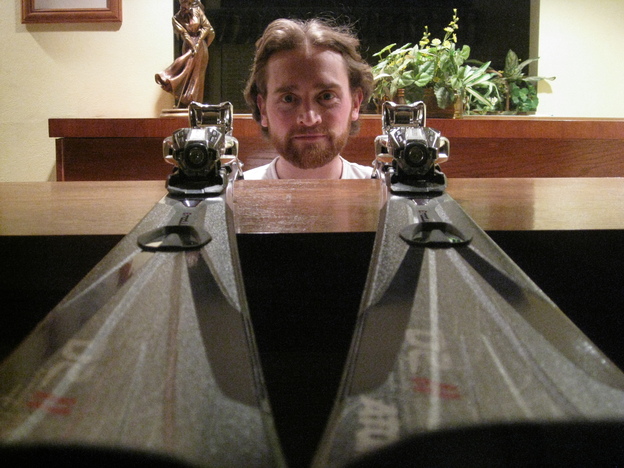 After some fun rock climbing yesterday, today I awoke at ten to six and headed up to Winter Park to try the new skis, new snow pants, skiing without a pack, and listening to music while skiing alone. The new skis took some getting used to as they are a bit longer and more rigid than the last pair, but by the end of the (long) day, I felt reasonably comfortable on them. Overall I have to say this was probably my best day skiing alone so far, and I did a lot of that last season. Hmm, actually, maybe the big powder day at Park City last year is still the reigning champion. Anyway, the drive was good, no problems with parking or crowds, and I DJed a good set. Started off with Zoe Keating (one cellist with overdub loops. Very interesting), then on to Wynton Marsalis Jump and Jazz, which is great, then Nice Inch Nails The Fragile, and the new Death Cab for Cutie album on the drive home. I skied Vasquez Ridge mercilessly all morning. I took a cell phone photo of what I consider to be the funniest ski run name I've seen: 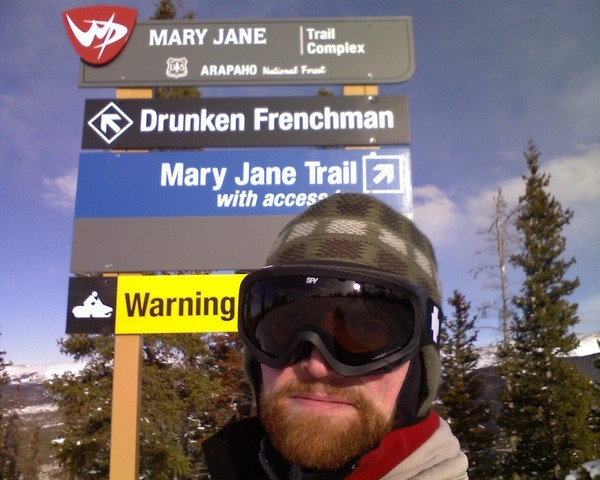