I've become a bit of a gym rat this month. I've been lifting weights and jogging three miles at least every other day. It's getting to be fun and gives me a chance to load up my mp3 player with lots of hardcore heavy metal/punk type stuff and some techno.

Last weekend I saw some pretty funny short comedy films in Denver at the Festivus Film Festival. I also just want to state that I am putting forth that Six Feet Under Season Two Episode One "In the Game" is the pinnacle of the black comdey genre.

We had a great day skiing at Copper Mountain Saturday. It was quite warm, clear sunny skies, and no wind. Still plenty of good snow, though. I must say having the rear bumper of the rogue to sit on while you don your ski boots is far superior to trying this from a sedan.

That's mostly it. I'm starting to flip through the book "1,000 Recordings To Hear Before You Die", which I bought for myself while Christmas shopping and my mother also ended up getting as a gift for me. It's nice to go check out their suggestions on Rhapsody. 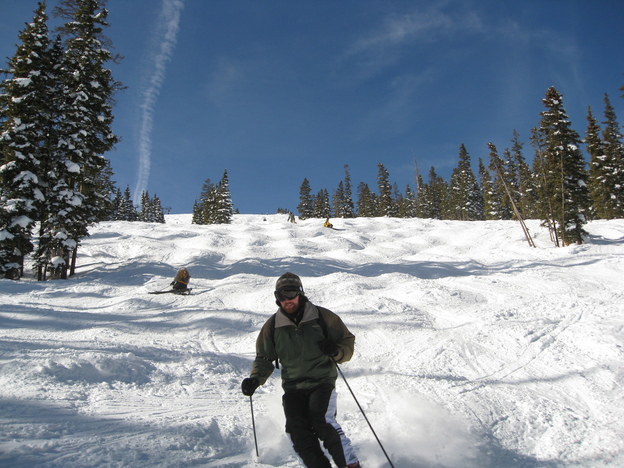 ...oh yeah...and it's 66 degrees and gorgeous out right now. Time to run outside!