Four visitors in a month!

Friday night aps101 arrived for a brief visit. We had some pretty extravagant Moroccan food in Denver complete with a belly dancer. This included a pastry thing filled with chick peas and chicken and covered in powdered sugar and cinnamon. Plus a huge tender lamb entree. Yum. Today (OK, well, I've been piecemailing this blog together for two weeks - this was Saturday Nov 8) we walked through downtown Boulder and Andy got a sense of the vibe here.

In other news, I bought a new car! Allow me to introduce The Blue Machine. It's a 2008 Nissan Rogue SL. I am very happy with it and really enjoying the fancy sound system and the ride. It's a very different experience from being slow and low in my Sentra for so long. 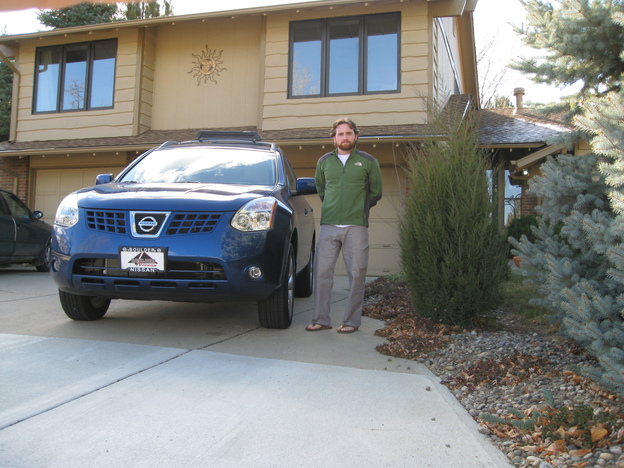 Sunday Andrew and I went into Denver to cruise the 16th street mall and spent a good long time in the tattered cover book store.

Monday Colonel Power arrived to complete the roster for Operation Buffalo Pyramid. We went straight from the airport to the nearest open Taco Bell to quell his cravings and then it was bed time. On Tuesday ikioi treated us to some delicious beer bread made with wheat beer and his variation on spaghetti bolognese. We feasted. Then after dinner we played a "game" even though ikioi states "I don't play games" in a very manner of fact voice. But this one involved numerous fascination philosophical questions and generated great conversation. 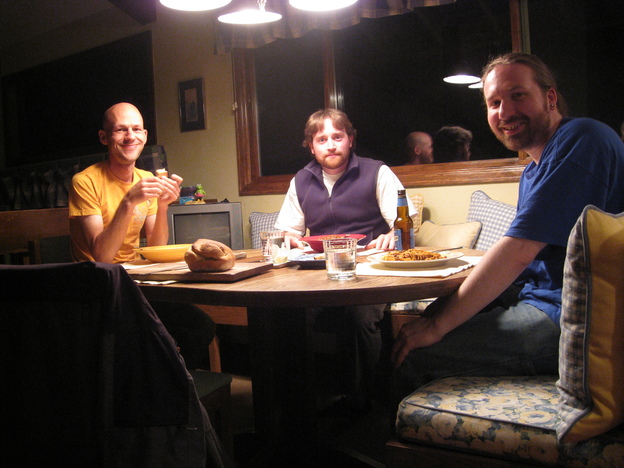 Wednesday A & P headed to Illegal Pete's and I later joined them at the Boulder Cafe for some buffalo sliders and more good conversation.

Thursday we headed to Southern Sun and met up with my relatives. Afterward we went with Elise to Catacombs for cheap beers and trivia night. aps101's major contribution was the Beatles audio clip recognition while I did reasonably well on video game characters.

Friday aps101 took off and in the evening ikioi, Becky, and I got some delicious Cold Stone Creamery ice cream and watched Gattaca. Since it's getting to be that holiday season, Cold Stone has their Dark Chocolate Peppermint ice cream in, which is, in my opinion, THE GREATEST ICE CREAM IN THE UNIVERSE. I stocked up. 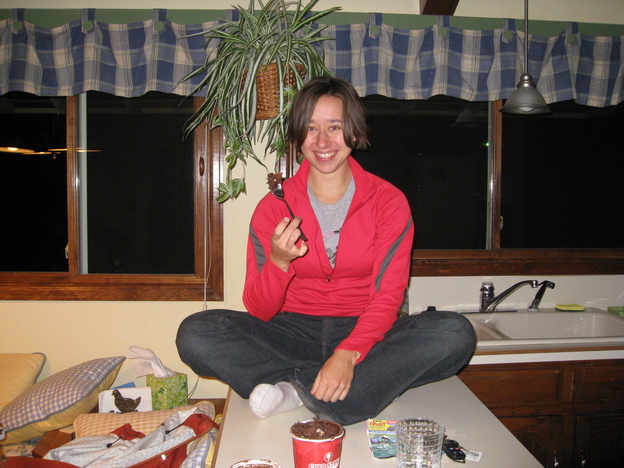 To bring the visitor count up to four, Marc got stuck on a layover in Denver, so we made a late night run to the airport to get him. We brought him back, fed him some beer bread and beer, pointed him at the iron, and flopped him down on the pull-out sofa. But not for long because we had to leave for the airport again at four AM so he could make his flight and get to his 8:55 AM interview in California. He later reported that he miraculously made it there early despite flying to a different airport and thus screwing up his rental car reservation.

This week has been a bit more chill with just two of us here. Housing market is still pretty slow but I might go see some homes over the weekend. Been bouldering at The Spot some more and am two for eight on my current problem. But now I think I have the right beta and I will send it next time (dropping some climbing lingo on you there).

One last weekend with ikioi and then it's back to solitude for me.