Pretty good Saturday today, given a late start. I left Quinn's Restaurant in disgust at their "stop serving breakfast at 11am" policy, which is a heinous crime, and headed to the Downtown Diner, which has a proper policy regarding availability of pancakes. Then I headed across the street and did some hacky sack in heritage square. Shortly thereafter the local belly dance class Gypsy Chicks did a performance. There's some less than impressive photoshere. Then I ran a few errands around town. Late in the afternoon I went for my second ever mountain bike ride up Schultz Creek Trail, which is quite nice. I have a feeling I will really like mountain biking. It has many of the same appeals of skiing without the cold weather, bulky gear, expensive tickets, crowds, etc. However, on my way down I did experience my first mountain bike crash. In a way it was satisfying because unlike skiing where as a beginner you usually have a few silly topples before you are actually good enough to partake in a bona fide yard sale wipe out. However, this was a legitimate "la la la here I am coasting downhill on my bike" one second and "la la la I'm not on my bike anymore and the electronics in my backpack were probably just crushed" the next second type scenario. 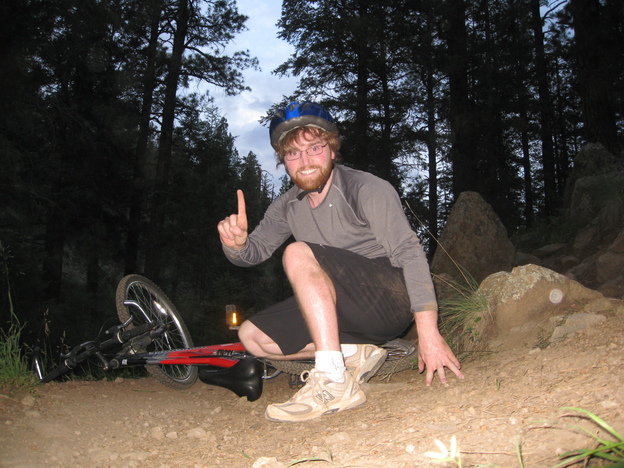