The struggle for housing in Flagstaff

After a long day of flying from South Carolina back to Los Angeles, on Saturday night I decided to get a head start on the eight hour drive to Flagstaff. I made it to Needles, California and then stopped for the night. I would need all the time available on Sunday because despite trolling craigslist and the local newspaper site, I still hadn't found suitable housing. I arrived around lunchtime Sunday and set out exploring downtown on foot a bit and then driving the entire residential grid looking for posted "For Rent" signs - having completely exhausted the online ads. Things were starting to look pretty bleak, and I began formulating numerous alternative plans including staying until the Independence Day long weekend and the heading back to Boulder and skipping Arizona entirely.

However, eventually I did find a great house that will be for rent while the owners go bicycling from San Francisco to Philadelphia in July and August. They aren't leaving until July 18 though, so I'm going to hole up in the fantastic Quality Inn with the sign reading "No train noise. Martians welcome" until Sunday, then move in with my landlords from July 6-18, then they leave for their trip. So the plan is for me to be here through the end of August. With so many fantastic national parks in the area, I think I'll have plenty of outdoor weekend activities to keep me interested. 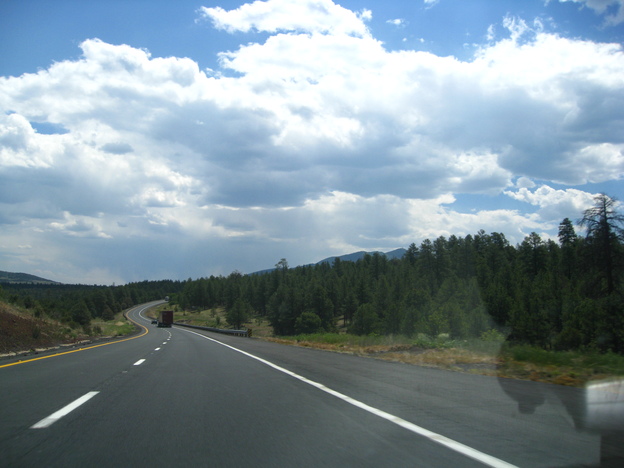