Because six cities in June was insufficient 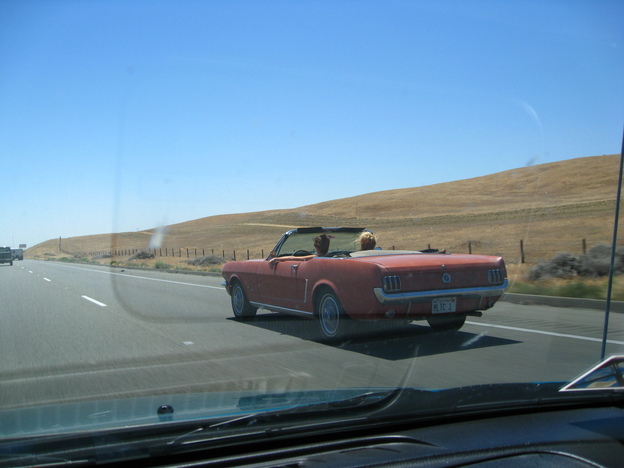 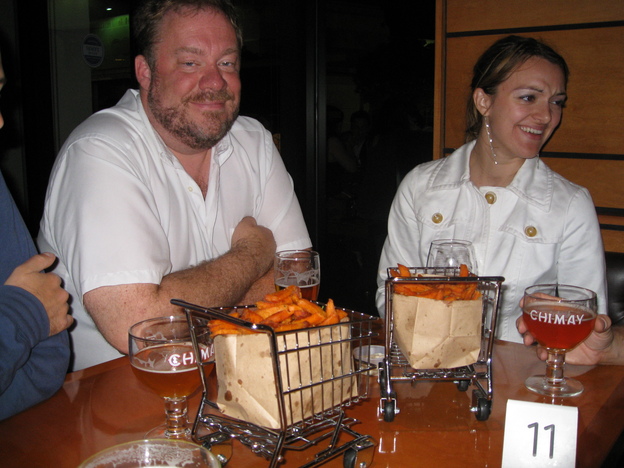 It's been a fun but quick week here in L.A. hanging out with aps101 and weiskind and browascension. Monday I picked up Andrew after he got out of work and we ate and chatted at Canter's deli. Tuesday I had to make a sudden trip to San Antonio, TX for work, so I headed to LAX Tuesday evening, stayed overnight at the very nice Hyatt Regency Hill Country Resort and Spa, and worked at a customer site on Wednesday. This was mostly a social engineering effort that boiled down to me shepherding them through the realization that, as the error message on screen says, and as I described in detail over email, and as I described in detail over the phone, and as I described in detail over fancy HTML email, and as I sent in an MS Word document with screen shots of network captures, the problem is indeed a misconfiguration of your third party software. So with me there in person they finally figured the should humor me in my theory and voila, problem solved. Thanks very much, I'm heading back to California.

However, I stayed the rest of the day to assist the account team. In my haste rushing to the airport with just enough time to make my flight, I had forgotten my cell phone charger in LA. Actually, as I'm blogging this I realize I had a USB adapter in my backpack I could have used. Anyway, my coworker had forgotten his laptop power cord so all day we had been sharing mine. Oh andby the way he also spilled water on his main cell phone and busted it. At the end of the day he left earlier than me and out of habit packed up my power cord. So now if I have to stay another day I have no laptop power and no cell charger. And the guy who just left with my power adapter can't be reached on his spare cell phone since he doesn't have voicemail set up on it. Plus I didn't rent a car so even trying to find a Best Buy would be a challenge. So I was walking around the customer's lobby alternately trying to figure out whether management wanted me to stay another day or not, trying to change my flight, and having the security guard follow up on my taxi which was taking a long time to arrive. However, I had enough cell juice left to get a barrage of phone calls and when one of them said "OK, you can go back home tonight", I decided that would be a good point to turn off the phone to save those last few minutes. So I went immediately back to the airport and made my way back to LAX late Wednesday night. The taxi driver drove into the office parking lot, saw no one on the curb waiting, and started to leave, so I had to run out of the lobby and shout him down. If he had had his windows up, I would have missed the flight for sure.

Thursday Andrew bumped Rebecca's car tire into a broken curb and got a flat tire. AAA came and inflated his spare, but after putting the spare on it turns out the spare is not right for the car and it won't budge. So then we had to try to get the flat tire to a tire shop (in my car), but it was already 8:20 and we figured everything would be closed. However, the AAA guy knew a place that was open late, so we headed over there in my car. Sadly they didn't have the size we needed in stock, but they did have some soap and a hose faucet Andrew used to clean up his hands. So we had to leave the car until this morning. However, it was parked with the front end away from the curb to make operating the jack easier, and we were worried about getting ticketed for that, so Andrew had to do an extra tire swap, back the car up a foot, and then another one. All told I think he swapped tires many times: original to spare once, spare off to get filled by the AAA man, spare back on which didn't work, original back on to re-park, spare back on overnight so we could take the original with us, and then finally the new tire on this morning.

This evening I had dinner at home with Rebecca and Paul, followed by some packing for Florida, a final stroll around West Hollywood, some Haagen-Daaz, and then some hula hooping on the roof with Rebecca just now. 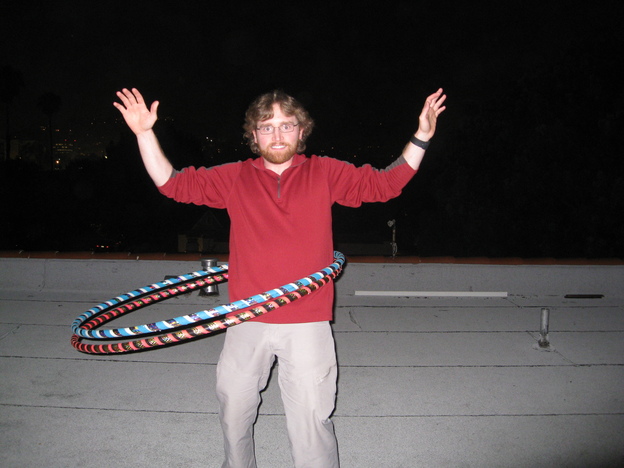 Tomorrow morning I'll head out to visit Marc in Jacksonville, FL. Oh, and it looks like over this weekend I need to decide which of three major projects at work I'd like to be involved in primarily over the next year or so. Hmm.