So I had some great plans for yesterday in Salt Lake but the snow started coming down earlier than expected so I was trapped here in Park City.  But I did get a chance to catch up with both Thorp and Jamie Sue, which was great. I did venture out to the nearby theater for There Will Be Blood, which was worth the risk.  The weather report said three inches, but we ended up getting more like six in town and nine on the mountains.  This of course necessitated skiing today.  I skied The Canyons since it is close by.  I wanted to perhaps go to Snow Bird but I thought maybe the roads would not be clear enough for the green machine.  I later found out that they closed the road to Alta/Snowbird and the Cottonwood resorts due to avalanche danger, so I made the right choice anyway.

The skiing today was easily 9.8 out of 10.  The was powder everywhere and it was just fantastic.  The difference between skiing in good snow and skiing in huge piles of fresh powder is like the difference between swimming in the Atlantic versus the Caribbean. It was just heavenly, and I shredded the mountain quite thoroughly.  The "Little Burn" run at Copper Mountain has now been dethroned by The Canyons' "Thrasher" as reigning champion of runs.  I skied it about five times in a row, pointing downhill with abandon as the huge piles of powder make it impossible to lose control and difficult to get hurt if you fall, so I just tore it up.  It was alternately sunny and delightful then cloudy and flurrying snow every hour hour or so all day.  The first two runs had long lift lines because the people who couldn't get to Alta/Snowbird, etc, had all come to Park City, plus it was the first powder day in a while so all the locals were out in force. 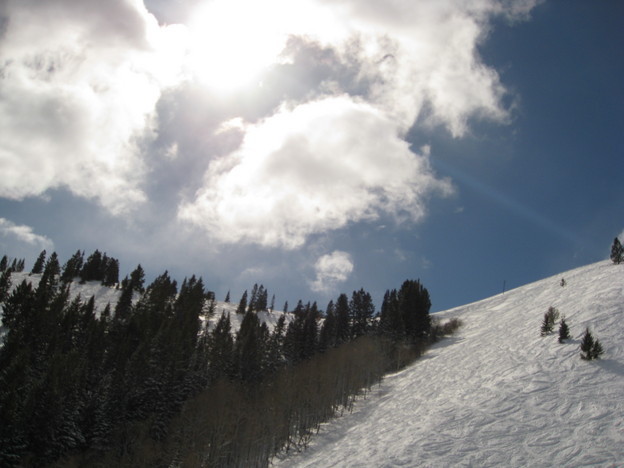 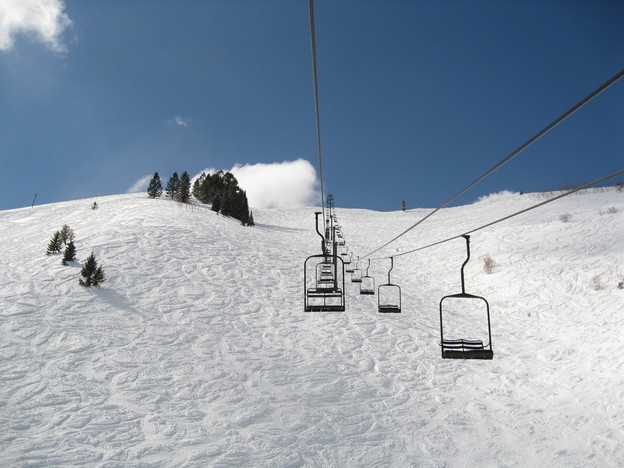 I met a woman on the lift who was familiar with most of the towns on my list.  She lived in Louisville, Colorado briefly and her father moved from Colorado to Bend, Oregon, and she also knew Boise.  She confirmed that these were all good choices and highly "livable".

I did take my first (I think, Elise may have evidence otherwise) official fall today.  I've had a few times in the snow this season, but they were more low speed toppling over and not so much out right crashes. As I careened down a steep run in the powder, my skis completely covered, I accidentally crossed my tips (which is easy to do when you can't see them) and slid down on my back a good twenty yards or so.  But it felt like sledding and my skis stayed on so I just stood up and carried on.  I do have a fascination with the thoughts that go through one's head during a fall when you are sliding or bouncing out of control.  I remember my last big fall a few years ago vividly and it lasting long enough for me to think (as I bounced each time): OK, not so bad, OK, not so bad, eventually one of these could hurt me, I'm probably breaking my camera.  During today's fall I just sort of resigned my self to the out-of-control nature of the situation and hoped to stop sliding soon.  Overall I think I can safely say this was my best day of skiing so far.  I skied from about 9:30 to 4:00 and was beaming pretty much the whole time.