Sunday Brandon, Jeremy, Randall, and I took a road trip to the town of Sighisoara.  I had to make that a hybrid map/satellite link because google maps has no data on this area until you zoom out really far.  In any case, we piled in the car, got some gas on the way out of town from the unfriendly woman at the gas station that "maybe" takes credit cards, depending on whether or not the machine works after they pull it out of the drawer and plug it in.

As we slowly made our way along the curvy two-lane main roads, we stopped to see some of the intricate roofs on the gypsy houses. 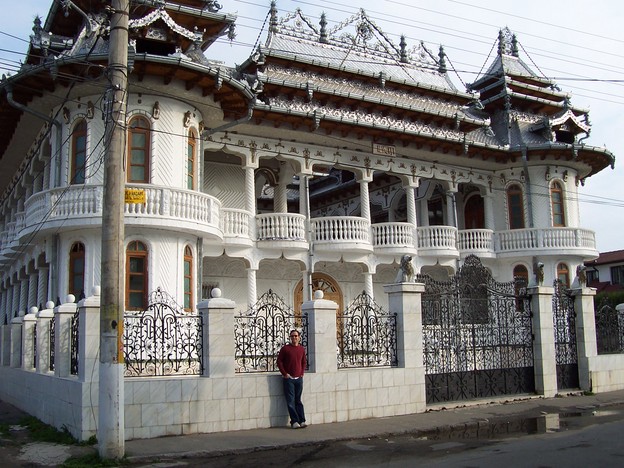 Construction projects in Romania seem to typically be scheduled for 5-10 years no matter how small, so most buildings are not ever entirely complete, at least out in the country it seems that way. 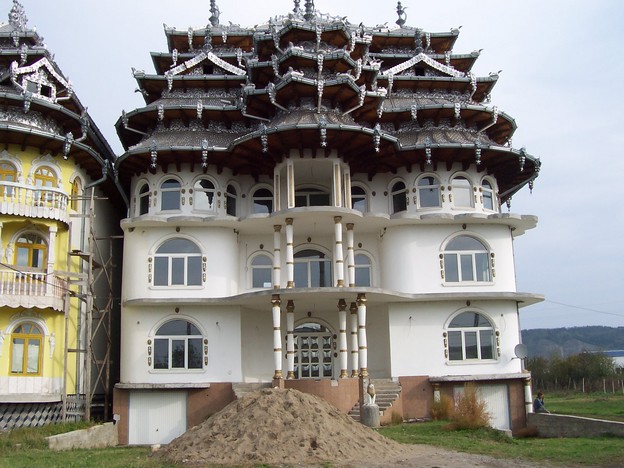 Along the way we also stopped to look at the wares being sold at the side of the road by gypsies.  They were selling lots of hammered copper pots and bowls, assorted coins, glassware, and huge copper decanters for Tuica.  The guy with the plate of assorted coins had one that he claimed had a picture of Hitler and another one ofCeausescu, and upon inspection it was clear that neither claim was true. 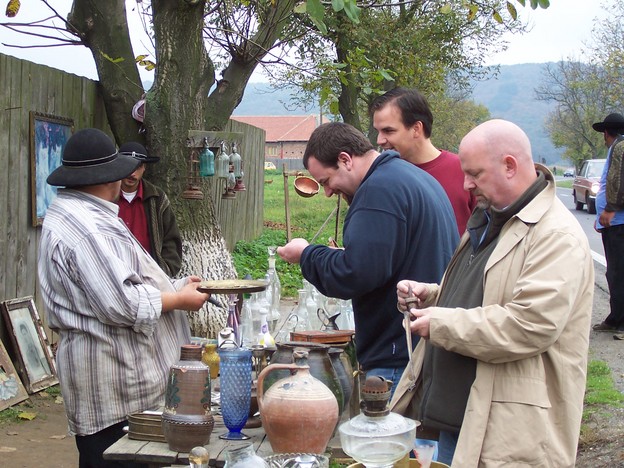 We continued on to Sighisoara, birthplace of Vlad "The Impaler" Tepes.  The town is nice to visit, and we enjoyed a slow lunch before climbing a very long staircase covered with a wooden roof which led up to a church, mausoleum, and graveyard.  I'm glad it was broad daylight because I can say with confidence that after dark this place has got to be one of the spookiest, scariest places on earth.  Definitely don't want to mess with Dracula there after nightfall. 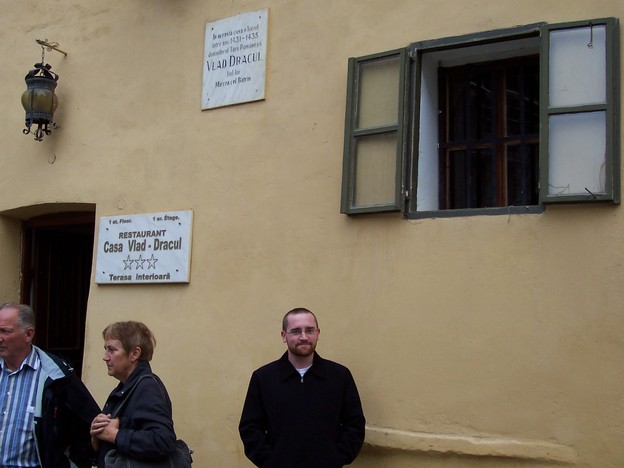 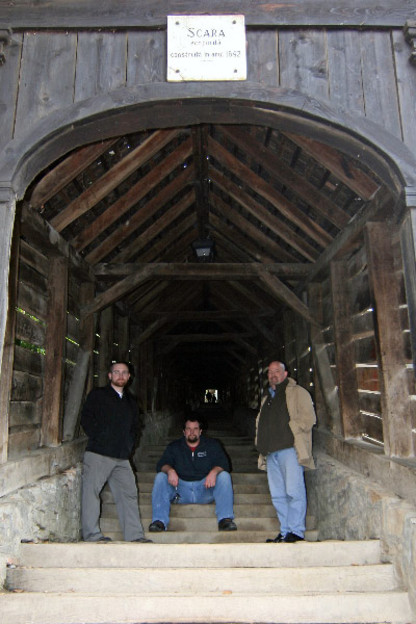 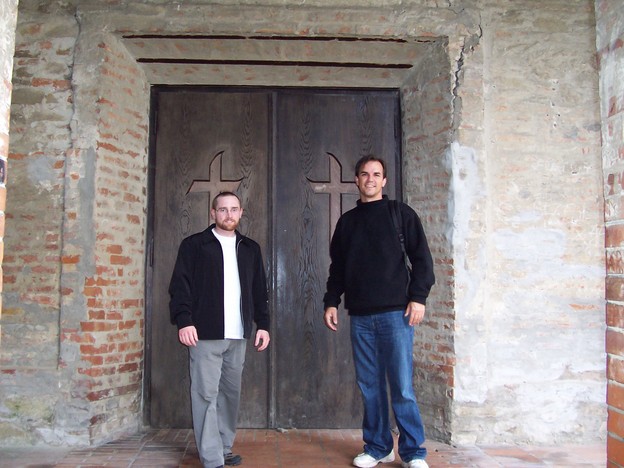 I thought this woman looked interesting because her clothes and hair matched the dull green of her house. 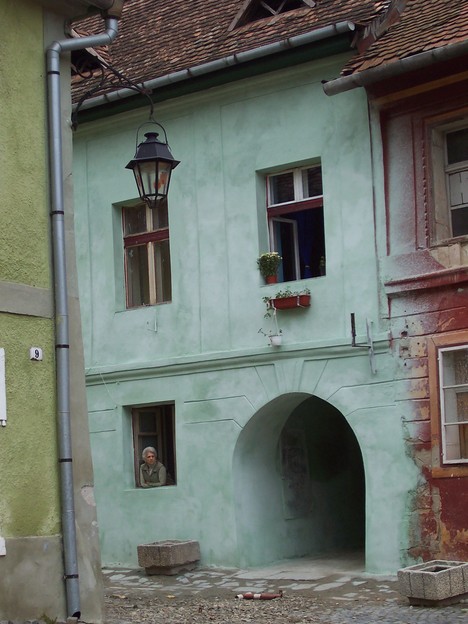