Saturday I went with Horatiu to the Transilvania Expo, a clothing market that they have in Cluj each year for a few days.  I bought a fleece, and just in time, too as I brought only T-shirts and a light windbreaker and was in need of something warmer.

After the market we had some Mititei (Romanian grilled sausages), which were quite tasty. 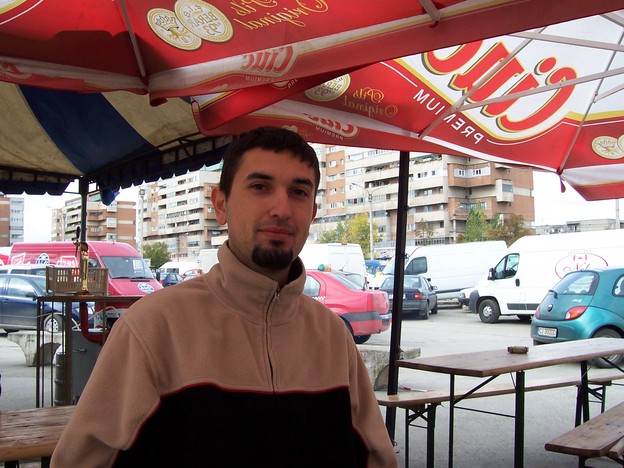 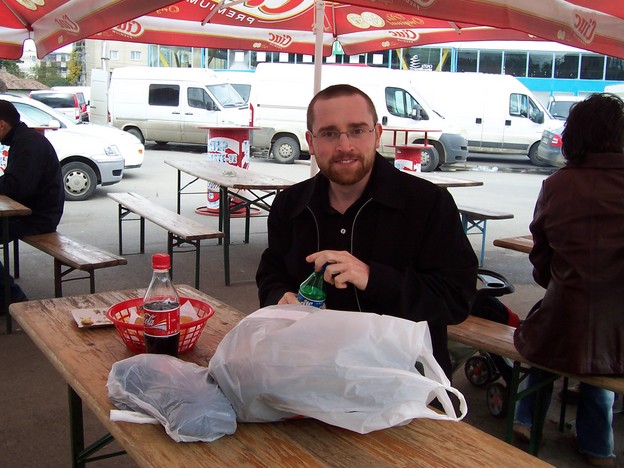 Next stop was a cell phone store.  I needed to get a cell phone in case work needed to reach me for some customer support issues over the weekend, so we stopped at a nearby store and got me all set up.

Then we took a road trip to Turda, about 30 kilometers away.  Horatiu demonstrated his comprehensive knowledge of every speed camera along the way, which he laments "double the time it takes to get to Turda".  In Turda, we visited the Maria Tereza Salt Mine (Salina Turda).

This place was really cool. First you walk about 300 meters down a gradually sloped tunnel into the mine.  If they didn't mark the distances from the entrance on the wall and someone turned you around in there, it'd be tricky to tell just by looking which was was out.  This leads to a series of larger square tunnels.  The tunnels have the feel of early first person shooter 3D video games because they are so geometrically simple and long. 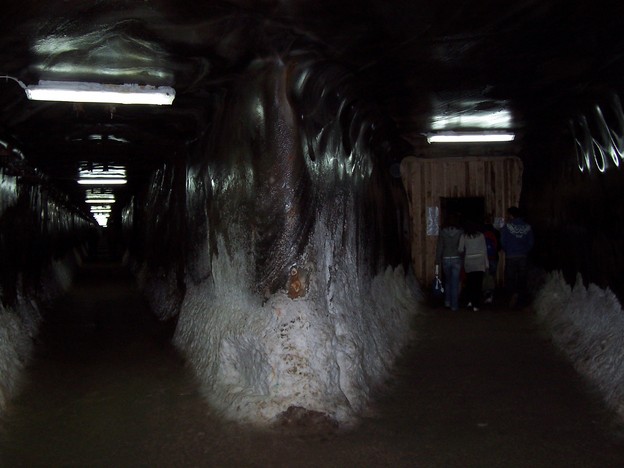 First we entered a large echo chamber.  Man, how I'd love to go back with my sax.  We then proceeded into a room with a large wooden crank that was turned by a team of horses to power some of the mining equipment.  This is straight out of Indiana Jones stuff.

Then you climb about 8 or 9 stories of very steep wooden steps down into the main mine chamber.  This place is enormous and full of fascinating patterns on the walls and in the salt stalactites.  The local people believe the air in the mine to be theraputic, so there was an old women sitting there with her knitting and a couple playing badminton. 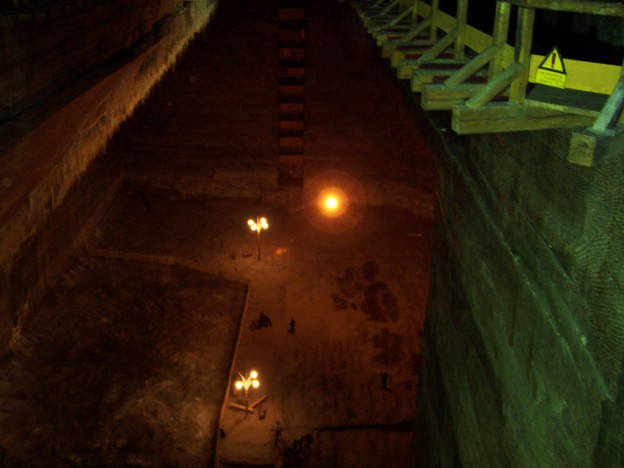 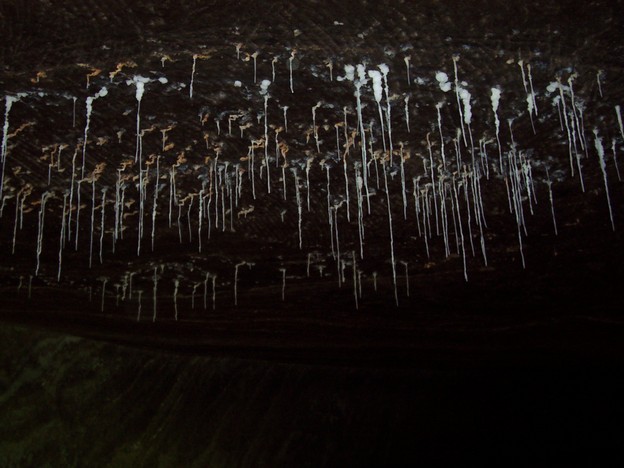 After the mine we headed to the big gorge in Turda, which is really fun to hike around and visually stunning. 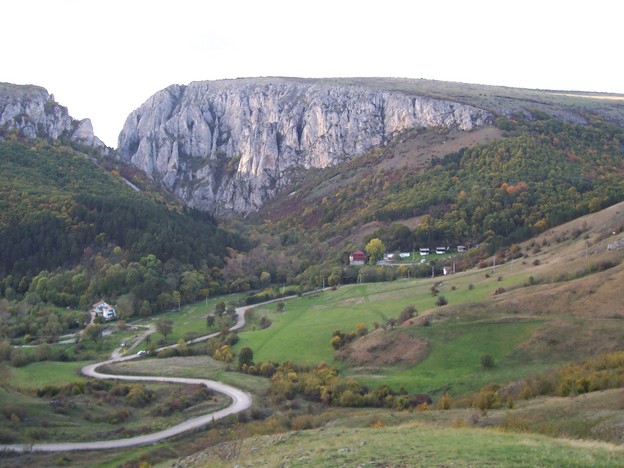 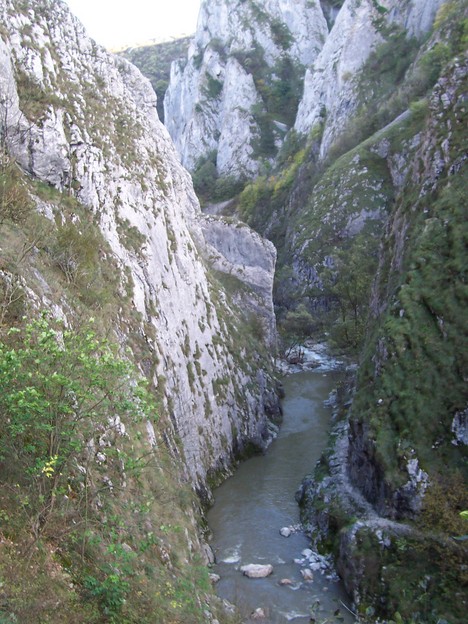 Now, this extended outing wasn't exactly well planned. Had I known we were going to be hiking so far and so long, I would have brought some snacks and water.  But this was very spur of the moment.  So after two hours or so of hiking up the gorge, sometimes needing to hold onto a steel cable hung from the rock face at narrow spots where the rocks were slippery, we needed some food.

We stopped at a bakery/cafe in Turda with really good cakes that Horatiu is crazy about.  We had some and he took a few home with him.

Back in Cluj, I left Horatiu and took a little rest (so far we've only covered noon to 6pm).  Later I joined up with Jeremy and Randall.  We went to Lugano, the best restaurant in Cluj.  We were joined by Allison, a very quirky young Canadian girl who has been living in Cluj for seven months working as a translator.  Later Bogdan joined us and swore that he assumed Allison spoke Romanian natively.  It was a very nice and memorable dinner.  You get a really interesting dynamic with this crowd: me, Bogdan (a Cluj local), Allison (Canadian), Jeremy (North Carolina and self-describedly "country"), and Randall from Seattle.

The food was good and I was starving, so I really enjoyed it.

Next stop was club Euphoria.  We hung out there for a while.  This is where we spotted the woman currently holding the status of best looking on the trip.  Randall was beside himself.  Going to and from the coat check gave me ample practice for pretty much the only Romanian I know: scuzati-ma.  You basically have to wedge yourself through people to move.

After we tired of the crowds we went around the corner to Escala, a nice downstairs bar to meet up with the British contingent.  This bar was not at all crowded, so we took over a big section of it and hung out until the wee hours.

Needless to say, after doing all that Saturday, I took it easy on Sunday.